VOLT, THERE’S ELECTRICITY IN THE AIR

It’s been a few months since we were first introduced to its modern curves and vibrant colors, yet the VOLT still amazes design aficionados. With notable appearances in Sydney and Milan in 2013, the VOLT continues on surprising us and starts 2014 on the right foot with a prestigious award and a new-comer in the collection. 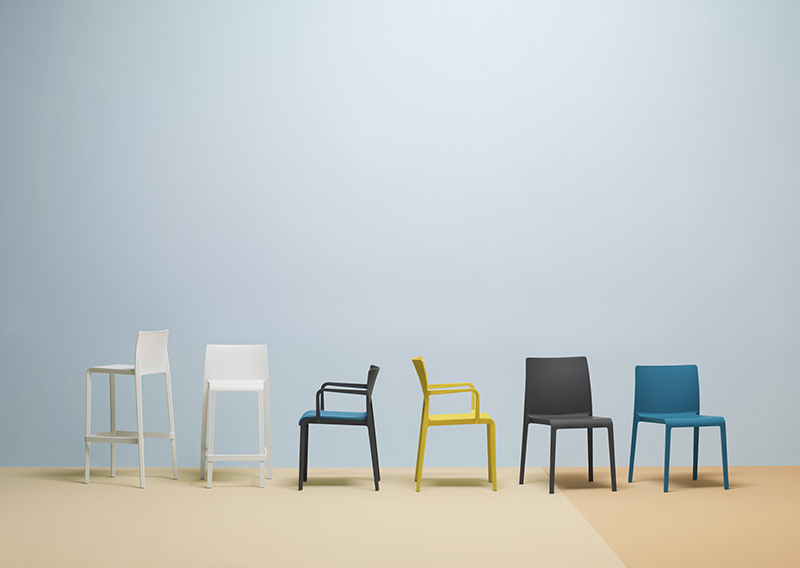 It was love at first sight when we got our VOLT last year. Lightweight, sophisticated and modern, it quickly became a favorite among designers and won acclaims during the first edition of Sydney Indesign.

Staying in the spotlight, it received on march 24th 2014 a Red Dot Award in the Product Design category. Attention to details embracing simplicity is the secret of its refinement.

Its thin and linear structure is produced through gas molded polypropylene reinforced with fiberglass. The resulting single piece chair is strong and light. The armless Volt 670 weighs in at only 9 pounds and the 675 with arms at 11 pounds. It is also stackable up to 13 for the 670 and to 10 for the 675.

UP IN THE AIR

This year again, the Volt was part of the reigning champs at the Salone Internazionale del Mobile of Milan, where lucky design lovers saw the launch of the new Volt barstool. It is available with the same features and in the same colors than the chair. 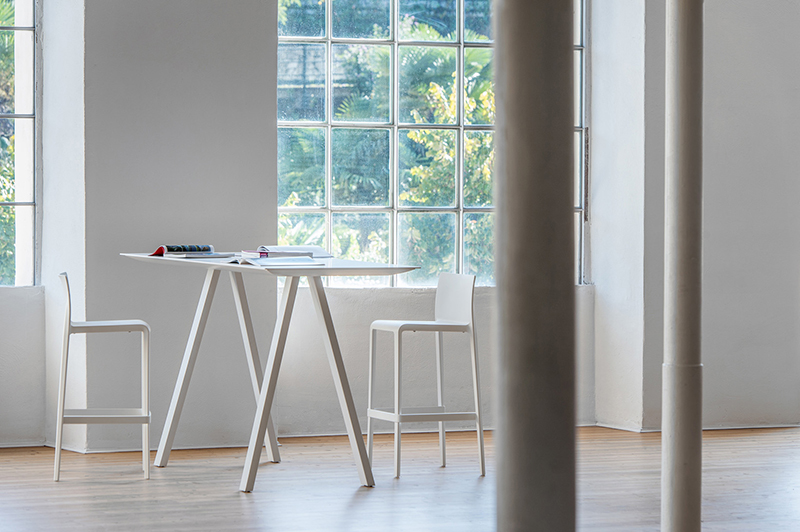 The stools are produced in the same way than the chairs: A one-piece gas molded reinforced polypropylene frame. Footrests on three sides will ensure perfect stability while still enabling the stools to stack.

It may be suitable for outdoor use, but it will also shine in trendy restaurants. The Volt barstool is a highly anticipated addition to the collection and an instant classic.